The Gauntlet – Half iron distance

Having laid down The Gauntlet at Hever and Chantilly for 500 competitors to great acclaim in 2013, the Middle Distance instant classic continues to thrive at
all castle venues with nearer 3000 expected to take part this year.

The Festival of Endurance at Hever Castle
3/4 July 2021

The Gauntlet – Half iron distance

The Gauntlet, our middle/ half iron distance race, is hosted at all Castle Series venues with entries open to individuals and relays.

For first timers at this distance, it is both the obvious progression from the standard distance and an admirable start to your extreme triathlon dreams.  The Gauntlet challenge will force triathletes to pit their wits against a 1.9km castle lake swim, a 90km hilly bike ride and a 21km off-road run at each of the Castle Series’ stunning venues and their scenic surrounds.

Following fantastic feedback from elites and age-groupers alike, the Gauntlet is expected to witness 3000 competitors do battle over the five stunning locations, making it the biggest middle-distance race series in the UK.

In keeping with our castle theme, The Gauntlet celebrates the expression ‘running the gauntlet’ and will become a battle of accomplishment for every athlete competing over our proven courses.

If the promise of a cycle up the Burren’s Corkscrew Hill in Ireland, a swim in the iconic Chateau Grand Canal or a half marathon though the historic grounds of Castle Howard whets your appetite, see below for a detailed course description of each of our five Gauntlet races.

Arguably the finest castle in the series – Lough Cutra Castle – provides a fitting backdrop for the curtain raiser of the Castle Series. What’s more, the race coincides with a Bank Holiday in both the UK and Ireland and it is also the first weekend of the UK school half term, making it an ideal break for sporty families.

With a swim around an island on the largest privately owned lake in Europe, a stunning 96k single cycle lap through the outstanding area of natural beauty that is the Burren National Park (taking in the infamous corkscrew hill) and a 3 lap run around a 7K course entirely on the beautifully manicured Lough Cutra estate and surrounding forest trails, what’s more to want?

Stick around for the after party for some renowned West Coast hospitality in the castle grounds.

Click here to go to the Lough Cutra Tri Page.

The UK Summer Solstice welcomes the second leg of the Castle Triathlon Series which takes place at Cholmondeley Castle in Cheshire during the long, hopefully hot, bucolic days of June.

The Gauntlet at Cholmondeley Castle takes on a 2 lap swim in Deer Park Mere and will then swiftly see you heading off out of the estate on a 3 lap 31.66K undulating course around the length and breadth of the Peckforton Hills.  Some 20K in, you will climb the Cheshire cycling mecca of Hart Hill before circumnavigating the stunning National Trust’s Bickerton Hill on the old coach road before heading back to the estate.

The 7K looped run takes in all the best views of Cholmondeley Castle and the Bankhouse Stables where Red Rum once trained!  A canter down the castle lawn sets up arguably one of the best finish photos of the Series.

Click here to go to the Cholmondeley Castle Tri Page.

The Castle Howard Triathlon will finish a memorable July in style with a whole weekend of racing on the southern border of the North York Moors.

A 2 lap swim of the Great Lake in view of Castle Howard itself sets up one of the grandest race of the Series.  A short run up the North Lawn, pitches competitors out onto the hilly 45K cycle (2 laps) which circumnavigates the 10,000 acre Howard estate, passing through the equally stunning Hovingham Estate  before touring most of the remainder of the Howardian Hills.  Probably the best of the Gauntlet cycle routes, this is one for the two wheel kings.

A 2 lap 10.5K circuit awaits on the run taking in all the key landmarks and monuments including the Castle South Lake and Lawn, The Atlas Fountain, the Temple of the Four Winds and the Mausoleum.  Not for the feint hearted this is a true test of grit but in an absolutely magnificent setting.

Click here to go to the Castle Howard Tri Page.

The Castle Triathlon Series makes its yearly pilgrimage over the English Channel in August for the fifth race of the Series. Set over the UK bank holiday weekend and the end of August, the racing will take place in the spectacular and historic town of Chantilly, just a 2.5hrs drive from Calais and 40 km north of Paris.

At Château de Chantilly the course has a strong off road run element but is kinder than the Hever Castle course to competitors with a flatter cycle and run. The 1.9km swim in the Grand Canal offers the ultimate backdrop of the Château.

Once out of the estate grounds the cycle course circumnavigates the Foret de Chantilly and Forêt Domaniale d’Ermenomillean with an equally stunning 45km loop (2 laps). Culminating in a two lap 10.5km run course competitors will take in the vast estate park designed by Le Nôtre for the Grand Condé at the end of the seventeenth century and the contemporary gardens including the aptly named Jardin de Anglais.

The UK’s most stunning and sought after triathlon, the world’s largest children’s triathlon and the finale of the both the Castle Series and the UK triathlon season. Hever Castle Triathlon swiftly established itself as an essential destination for British and international triathletes, garnering plaudits and mainstream media attention for its picture postcard venue, elite action, age-group choice and festival atmosphere. Put simply, instant classic doesn’t do the Hever Castle Triathlon justice.

At Hever, the 1.9km swim will involve a single loop taking in the main Hever Castle lake and a tributary of the river Eden. The 90km cycle is a hilly 2 loop course which is an extension of the Olympic distance, previously offered at the Hever Castle Triathlon, taking in the stunning high weald of Kent and the Ashdown forest.

The 21km run course is 2 loops of 10.5km, will take in the existing 5km Hever Castle Triathlon course but with a 5km extension via tracks and bridle paths and though the historic local village of Chiddingstone and grounds of Chiddingstone Castle. The course includes a strong off road element which allows a highly inspirational setting often praised and welcomed by the elite triathletes taking part in this Middle Distance event.

Click here to go to the Hever Castle Tri Page. 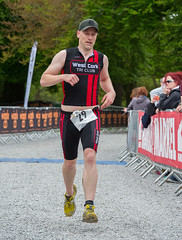 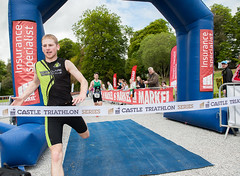 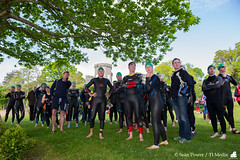 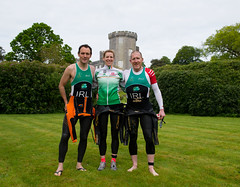 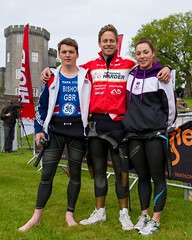 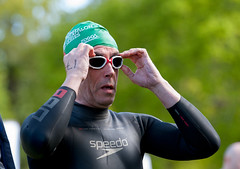 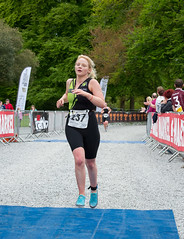 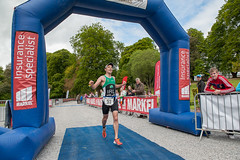 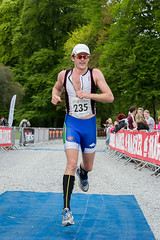 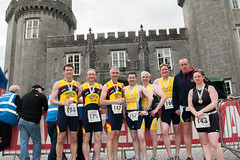 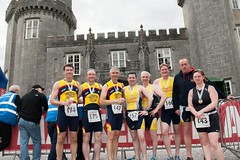 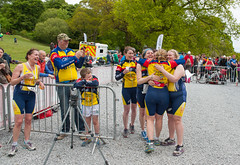 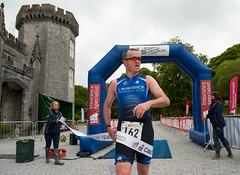 We pride ourselves on offering a bespoke and tailored offering for all those wishing to take part; from first timers, old timers, juniors, female focus, elites, tri clubs, corporates, there’s a race for everyone!

Trade your time for a free race place! We offer a Volunteer Scheme, whereby a free race is given in return for a day’s marshalling at any one of the Castle Triathlon Series events. (terms apply)