Hundreds of city workers have raced in the unique, static staged event over the last couple of years as they competed to cover the most distance over a set time with a winning team and four runners up receiving bragging rights along with many prizes.

The Festival of Endurance at Hever Castle
5 July 2020

The unique Pop-Up City Triathlon has taken place over the last two years in Canary Wharf with corporate and club teams giving it a ‘tri’ and testing their mettle in the staged static triathlon. All money raised has been donated to Macmillan Cancer Support. Congratulations to all those taking part.

Hundreds of city workers, sweated it out as they competed against banking rivals in Montgomery Square, Canary Wharf in a staged event, organised by Castle Triathlon Series in partnership with Novotel Canary Wharf, Macmillan Cancer Support and KPMG.

Let’s Do This took the winning slot on the competitive leader board covering an impressive distance of 4595m as their team swam for 3 minutes in an endless pool, biked for 4 minutes on a cycle ergometer and ran for 3 minutes on a treadmill.

The event saw the top three teams battle for the winning spot in a Grand Final that took place at 18:00 on Thursday 27th April .

£1,000 for the teams’ charity of choice PLUS each team member will get:

Each team member will receive:

Check out this short video of the event. 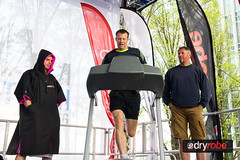 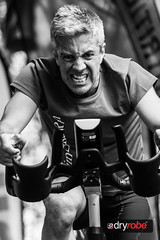 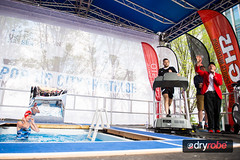 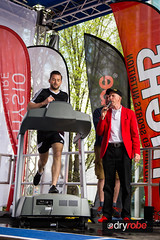 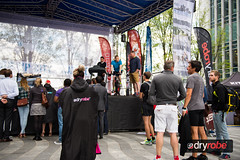 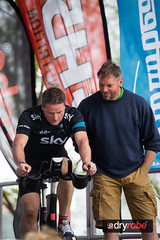 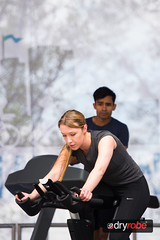 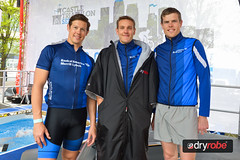 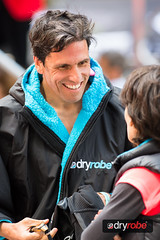 We would always recommend training in preparation for any event, but how much you do, and the style you take is down to you.